The people of London expect those that they elect to govern - the Mayor of London, London's Borough Councils and the City of London Corporation - to work together to ensure that:

London's elected leaders recognise that Londoners' expectations require clear principles for governing London and further improvements in the way that we govern.

Principles for governing in London

1. London's elected leaders will ensure that government decisions are made as close to people as possible.

2. London's elected leaders recognise that each tier of London government has a unique contribution to make to improve the lives of Londoners.

3. London's elected leaders will respect the differing aspirations of the different communities that make London a successful global capital.

4. Each institution of London government commits itself to ever increasing effectiveness in the service of Londoners through a commitment to working together towards shared improvement.

5. Each institution of London government pledges to uphold and develop the highest standards of transparency and openness in the way that it reaches decisions and spends public money.

6. Recognise the vital role played by the London Assembly and borough councillors in providing effective scrutiny for all levels of London governance.

7. London's elected leaders recognise that while the governance of London may be complex, the people of London are entitled to expect clear and simple accountability for pan-London results irrespective of institutional boundaries.

1. To create a Congress of London's elected leaders meeting at least twice yearly in which Borough Leaders and the Mayor will discuss and debate the major issues facing London and reach decisions to meet the expectations of the city as a whole that are consistent with the wishes of London's communities

2. The Mayor also commits to meeting with Borough Leaders and to visiting their local areas on a regular basis.

3. To create a delivery board for London, bringing together London's most senior public servants from all tiers of government, to help deliver those London priorities identified by the London Congress

4. Continuous improvement in the quality and efficiency of London public service is essential. To promote this we will fully engage each borough, each part of the GLA group and all other public services in London in the work of Capital Ambition.

have improved public service innovation and effectiveness to better meet

5. To build better collaboration between the Mayor and the Boroughs:

o The Mayor pledges only to use legal powers over-ruling Borough decisions as a last resort and in the most exceptional circumstances.

6. To apply these aspirations for collaboration across every public service and each aspect of people's lives for which London's government is responsible, London's elected leaders commit themselves to start a process of discussion that will extend this Memorandum of Understanding and deliver a full City Charter:

Mayor and Borough Leaders have influence and community leadership roles.

7. The Congress will regularly assess and report progress against these principles and actions; revising and adding to these commitments annually and as the needs and aspirations of Londoners evolve. 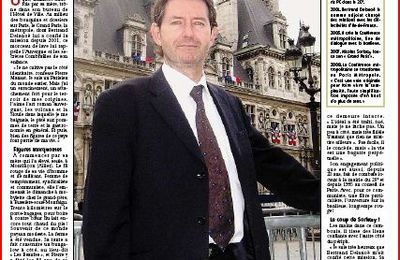